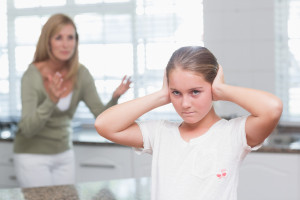 Many parents (myself included) want their kids to listen.  We want to make a request and hear something along the lines of, “Sure, Ok Mom/Dad. No problem.”  Sounds blissful, doesn’t it? It’s certainly an attainable goal and there are many ways to help our kids want to cooperate (please see previous posts on the topic of cooperation). So what gets in the way? Why does it seem so hard to gain our kids cooperation?

In addition to it being a kids job to test limits and boundaries, the reality is that often, quite often, our agendas and our kids agendas simply don’t match up.  They want one thing, we want another.  Rather than see it for what it commonly is – a mismatch in itineraries, we may feel defeated, challenged, threatened etc. That’s when our self-talk kicks in – “Did he really just “disobey” me?”  “How did I get such a “defiant” child?” “What’s WRONG with her?”

As discussed in a previous post, that inner chatter sets in motion all kinds of emotions as well as mistaken beliefs about why our child is behaving the way he is. We begin to feel out of control.  And what is a natural reaction to feeling out of control?  You guessed it, try to GAIN control.  Often, this is when parents turn to punishment.

Parents I work with in my coaching practice come to me when what they have tried just isn’t working or has stopped working….the reward charts, the time-outs, the spanking, the yelling, nagging and lecturing, the removal of privileges and so on.  These amazing parents want to know why – why their punishment isn’t working and they are eager to gain the insight into how they can create a more calm, less chaotic relationship and home environment.

To help parents understand why punishment doesn’t work, we often begin by discussing the brain science of it all.  Thanks to the incredible field of neuroscience, including “whole-brain” experts such as Dan Siegel, MD and Tina Bryson, Ph.D, we have empirically based research that supports the answers to these very important questions.  Here’s what we know:

The prefrontal cortex is the part of the brain responsible for impulse control, emotional regulation, self-awareness, logical reasoning, decision making, planning, along with other higher order functions. This part of the brain is not said to be fully developed until early adulthood. In fact, some have documented not until the age of 25!  So, it’s no wonder that kids have a difficult time “controlling themselves,” as the part of their brain responsible for sound decision making and impulse control, for example, is still “under construction.”

When a child experiences punishment, in the form of yelling, threats, “consequences,” and the like, the brain perceives these behaviors as a threat and goes into survival mode, otherwise know as fight, flight or freeze. Behaviorally, this often takes the form of tantrums or back talk, running away or eyeball rolling, retreat or withdrawal, to name a few.  When the brain is in this mode, no true learning (of appropriate behavior) can take place. The child’s defenses are activated and the brain becomes enraged vs. engaged.

Punishment may have the illusion of working, as it may stop the (mis)behavior in the moment, but it’s at a cost (the relationship often suffers and the sense of trust is shaken) and does not get to the core of why the behavior is happening in the first place. As a result, we find that children may “listen” more out of fear, rather than out of true respect for and connection to their parents.  Furthermore, the behaviors and the negative cycle continues.

Knowing the brain science behind why punishment doesn’t work affords us the opportunity to try a different approach – an approach which is focused more on connecting instead of controlling.  In Positive Discipline, we refer to this as “Connection Before Correction.”  When misbehavior happens, focusing on connection is one way in which we help our child’s brain move from a reactive state to one which is more open to and accepting of the loving guidance we have and choose to offer. When we connect, through empathy, acceptance of all emotions (not just the positive ones) and mindful presence, our child can be guided in developing the life skills he needs to learn from his mistakes and choose more appropriate behavior in the future.  As Jane Nelsen, author of Positive Discipline says, “Kids don’t need to suffer in order to learn.”

Choose connection, which builds trust and a sense of security.  The “listening” will follow.

It starts with us.

All the best,
Debbie

Imagine that you finally get some time to yourself. Perhaps you get to read that book that’s been sitting on your shelf or take that extra long bubble bath. Then imagine someone comes into your space ordering you to stop what you are doing to do what THEY need/want you to do.

How likely are you to stop in that moment and how do you feel?

My guess is:
1.) Not likely
2.) Your feelings may range from annoyance to rage!

Guess what? That same likelihood and those feelings also apply to our kids and yet we seem to have no problem rushing in, barking orders, making demands and/or expecting our kids to get onto OUR agendas and OUR timeframes!

The truth is, kids have agendas of their own and deserve the same respect we also hope to receive.

SO, the next time your child is engaged in an activity and you need them to move onto something else, begin by ACKNOWLEDGING the fun they’re having or what they’re in the middle of (with some fantasy and choices thrown in) before making your request. 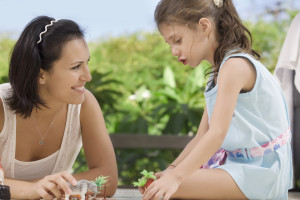 For example, “Look how much fun you are having playing with your toys! I bet you would play ALL DAY if you could! You might even stay up all night! I know you’re having fun AND it’s time for dinner. I could really use your help…Would you like to put out the napkins or the silverware?”

Remember, kids listen AFTER they feel listened to and the best way to gain respect (and cooperation) is to model what respect looks and feels like!

Wishing you all the best,
Debbie

Did you know that so much of our behavior, including how we react to others (i.e. our kids, spouse/partner), is directed not only by our emotions, but by what we are telling ourselves in those moments?
In my work with parents, I often ask if they’re aware of what they may be telling themselves during stressful interactions with their kids. After some thought, they often tell me that their “self-talk,” as we call it, typically sounds something like, “I can’t believe this is happening AGAIN!” “Why can’t h/she just LISTEN already?” “I can’t take this anymore!” “Seriously?!?” “What’s WRONG with you?” 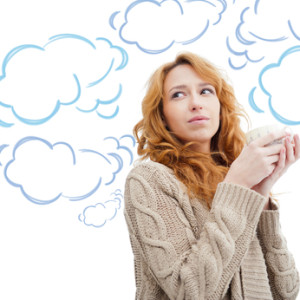 What if I told you that changing your thoughts could change your behavior and your reactions? I invite you to try it.

Next time you are faced with a stressful or heated interaction with your kids, PAUSE. Check in with what you may be telling yourself in that moment. Challenge and/or replace the thought(s).

Some examples:
“It seems my child hasn’t learned how to ____ YET.”
“I can handle this.”
“This isn’t an emergency.”
“Focus on connecting instead of correcting.”
“Calm begets calm.”
“This too shall pass.”

Wishing you a day filled with more calm and less chaos.
-Debbie

It’s amazing what our kids bring out in us – the good, the bad and the “where did THAT reaction come from?!?” Our kids certainly know how to push our buttons and what’s important to know is that those are OUR buttons…our kids did not install them!
Sooo, next time you find your buttons being pushed, pause and remind yourself that your kids behavior isn’t about you. It’s not personal. It’s about the inner struggle your child is having in that (or those) moment(s). It’s up to us to face our own “unfinished business.”
Our kids can be our biggest teachers if we take the time to listen. Listening for what their behavior is trying to tell us, without an agenda, is how we instill compassion, kindness, empathy and respect. 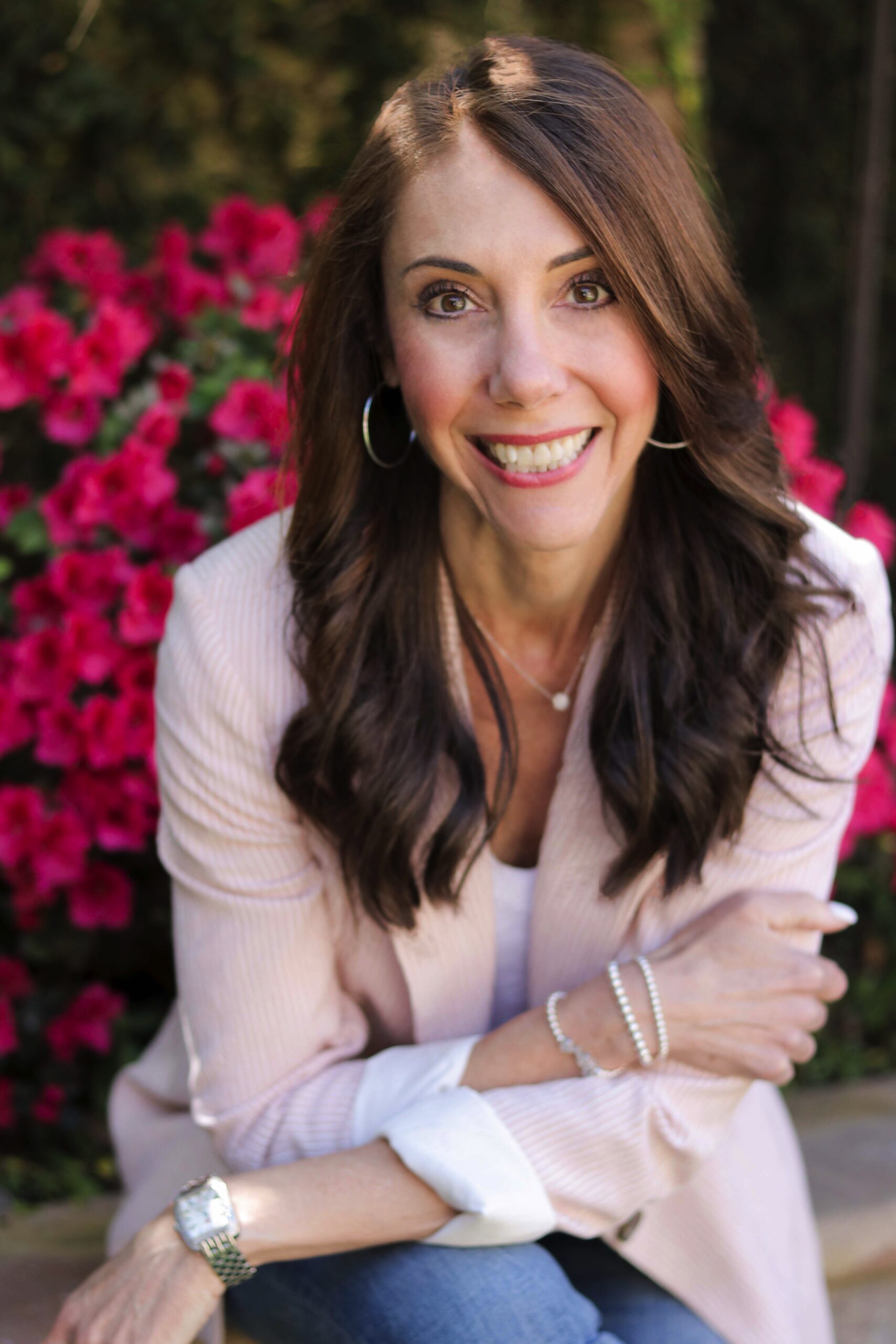